Roky Erickson and the Aliens
The Evil One (1981) 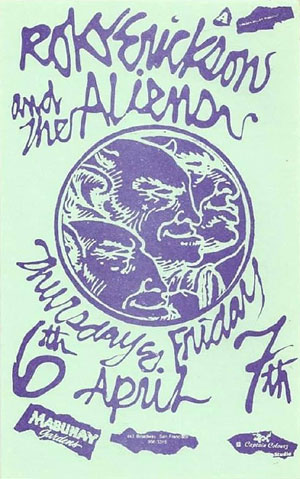 The story of Roky Erickson's The Evil One highlights connections among seemingly disparate elements: the legacy of Texas psychedelic pioneers The 13th Floor Elevators, Oakland-based hit singles machine Creedence Clearwater Revival, and 415 Records. The record would have a lasting legacy all its own, one that far outpaced its commercial success.

Roky Erickson first established his place in rock history in 1966 when his second band, Austin, Texas-based The 13th Floor Elevators, released its debut, Psychedelic Sounds. Featuring the single "You're Gonna Miss Me," the LP is widely acknowledged as one of music's first-ever psychedelic rock albums. Released on the tiny International Artists label, the LP would reverberate throughout the music scene, exerting a cult-like influence rather than a mainstream one. More than a half century after its release, the lasting impact of The Elevators' debut can be heard in the sound of bands like Queens of the Stone Age, The Black Angels and Ty Segall.