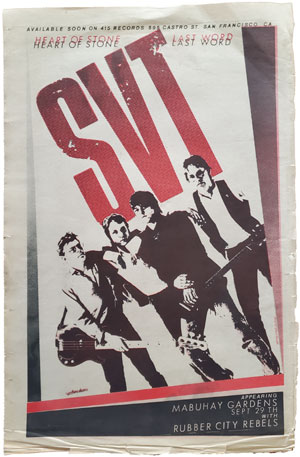 SVT was a remarkable band; there was little in the background of any of its members that would have hinted at the musical direction the group would pursue. Psychedelic rock, jamming blues boogie and an unprecedented punk-meets-jazz project were just some of SVT's musical antecedents. But SVT played a muscular, straight-ahead kind of rock that in retrospect bears the hallmarks of the best sort of power pop. In its roughly two years together, SVT burned brightly and quickly, leaving behind only a self-released single, a single and EP for 415 Records, and an album.