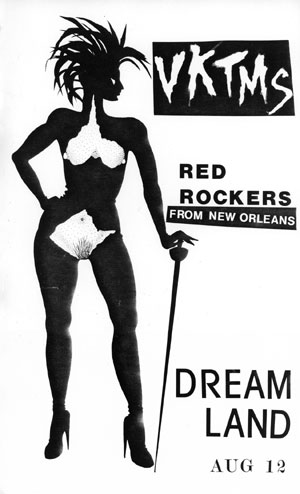 Though perhaps too much is made of the Sex Pistols' January 14, 1978 final gig at Winterland as the catalyst that launched the local scene, the San Francisco punk movement got its start around that time. Crime, The Avengers and The Nuns were among the early scene's leading lights. But a number of bands would soon follow, each with its own unique take on what it meant to be punk. "We were like a year younger than the main punk rock bands," says John Binkov of VKTMS. "But by then, The Avengers were done, Crime was sort of hanging on, and The Nuns were kind of filtering along."

Disturbing the Peace's chapter on VKTMS is based upon interviews with John Binkov, plus insights and memories from Ginger Coyote, Steve Seid, and 415 Records co-founder Howie Klein.